Enjoy Merzouga Desert in a Glimpse 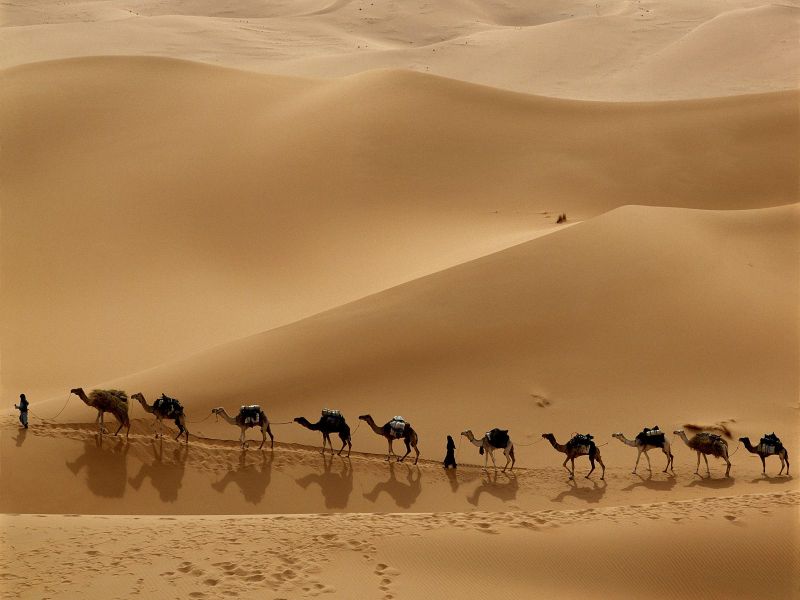 This tour includes pick up from your Hotel in Marrakech.
We Depart from Marrakech at 09:00hrs in an air conditioned minibus vehicle.
On the route to the Desert, we visit the Kasbah of Aït Benhaddou for a visit to this ancient Kasbah.We then follow the route to Ouarzazate for a visit.
Ouarzazate, the gateway to the desert, and the Moroccan city known for Hollywood movies being located and filmed here. Top Hollywood blockbusters which have been filmed in Ouarzazate include such Movie titles as Gladiator, The Mummy, Kingdom of Heaven, Prince of Persia, Lawrence of Arabia, Babel, James Bond The living daylights and Jewel of the Nile.
During 2011, Game of Thrones was partially filmed in Ouarzazate.
During June 2012, HBO announced that Game of thrones Season 3 would again include The Atlas film studios, Ouarzazate as a location for filming.We then journey on to and through Valley of the Roses. We stay at a typical Moroccan small hotel (Chez Pierre or Hotel Babylon) and enjoy evening meal of a Moroccan dinner with beautiful views of the Dades valley. Accomodation is in private rooms with Air conditioning and private ensuite bathrooms. (dinner and breakfast included)

After we take Breakfast at the hotel, we then depart for the Todra Gorges to enjoy the sights. Traveling onwards, we visit through Erfoud and see our arrival at Merzouga, with the highest dunes in Morocco.
We take a one and a half hour camel ride at sunset through the dunes of Erg Chebbi to reach our Berber desert camp for the night. We enjoy a Berber dinner and stay in private tents (bivouacs) at the desert camp, with full bedding provided. (dinner and breakfast included)

Views of the sunrise in the desert with a Camel trek through the dunes back to Merzouga, where we take some time for Breakfast. We then follow the route, heading back to Return to Marrakech over the high Atlas Mountains, with stops and breaks along the way. Arrival at Marrakech is 19:30hrs or 20:00hrs.

Azul Aventuras, your tour to Morocco is set up by native experts who work hard to make your experience a breeze